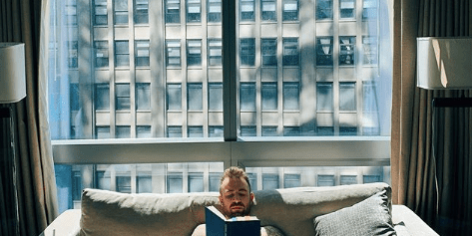 Ya Neva Know: you know what I mean? is a weekly lifestyle podcast hosted by musician Mike Stud. It is a show about the meaning of life, the payoffs of positive thinking, and the ability to be able to stop and smell the roses. On this week’s episode, Mike is going to be sitting down with entrepreneur Chris “Drama” Pfaff.

Drama got his first taste of entrepreneurship when his pro skating second-cousin, Rob Dyrdek, flew him from his hometown in Ohio to LA to be his assistant. When Dyrdek’s first reality TV show, Rob & Big, aired, Drama was on camera too. Premiering on MTV, the show lasted three seasons until Dyrdek’s new show Fantasy Factory replaced it. Drama’s growing popularity helped earned him a more boosted character role this time. One that would eventually give him the platform to create something of his own.

What came next, was nothing more than the perfect storm of creativity, hard work, and the taking advantage of an opportunity when it presents itself. Drama’s fresh, affordable streetwear brand Young & Reckless was formed in 2009. His initial launch was featured that season on an episode of Fantasy Factory, where he jumped out of a sixty-story building to show the world the true persona of the man behind the brand.

Today, Drama not only continues to run Young & Reckless but he also hosts a successful podcast titled Short Story Long, where he sits down with friends and individuals “who have made a name for themselves and overcame obstacles to reach their level of achievements.” At the same time, Drama touches on how to find inspiration in ourselves and from others in life.

This week, Mike will sit down with Drama and discuss the similarities in personality between themselves, how our mindset changes as we age, and how to look at growth in ourselves over time. Pay attention carefully, as this will be a great episode to take notes on so get out your pen and notepad—I’m talking to you Steven.

“Episode 6: Drama” will be released on Wednesday, July 23. You can listen to us on Apple, Spotify, and Youtube. Click on the icons below to connect to our social outlets and subscribe. As always, thank you to all our listeners out there. Please feel free to comment and shout us out.