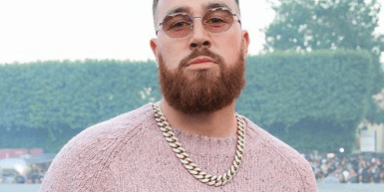 Ever know what it’s like to play for the most electric offense in the NFL? Travis Kelce does. As an all-pro tight end for the Kansas City Chiefs, he uses his skill and swagger to make it look all too easy out there. When he’s off the field, hide your girl. His drip is just as hard as his game.

A Cleveland Heights, Ohio native, Kelce was a three-sport beast in football, baseball, and basketball. Though a quarterback in high school, Kelce was switched to tight-end when he joined his brother, Jason, at the University of Cincinnati. There, he worked his way up on the draft radar, earning First-team All-Big East in his final year at Cincy.

When Kelce joined the Chiefs in 2013, he was tasked with following in the footsteps of Hall of Fame tight end Tony Gonzales. A steep test at the time, it seems Kelce might go down as one of the best to ever do it now. Through his first six seasons, Kelce has been a 4-time Pro Bowler and 3-Time All-Pro. When league analysts are asked who is the best tight end in the league, they answer Kelce, citing his football IQ and wide-receiver type athletic ability to confirm their claims.

This week, Mike and Kelce will talk about athletes exploring opportunities after they leave the league, what it means to grow up in a racially diverse community, and the hidden aspects of the NFL that many fans are unaware of.

Kelce is woke. He is a major advocate for having the right mindset and making sure his life flows in a natural balance. For someone at the height of his career, you will be surprised to hear the vision Kelce has in his life in the league and what his life will be like in the future. There will be some new books mentioned for you to go and check out as well.

Shoutout to Kelce for rocking the Just Don—the fashion bros appreciate you.

“Episode 14: Travis Kelce” will release on Wednesday, September 18th. You can listen to us on Apple, Spotify, Youtube, and ynkpodcast.com. Click on the icons below to connect to our social outlets and subscribe. As always, thank you to all our listeners out there. Please feel free to comment to let us know how we are doing.

Want to check out what Kelce is doing in the fashion game before you listen? Click on the image below to check out his brand Tru Kolors, based on the message that one should stay true to themselves.