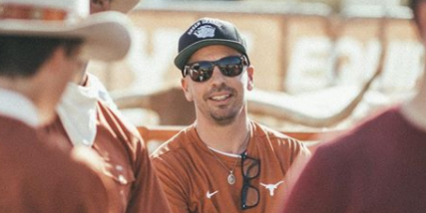 You probably finished that little old saying halfway through, just like you probably went straight to your childhood memories of The Sandlot playing on your VHS tape when you were a wee-little-Steve.

Chauncey Leopardi is on the pod and this week, and he, Kilmer, and Mike will touch on a lot of the personal experiences they’ve had in their lives to help shed some wisdom. All three of them have seen the times change as older millennials, and that means they’ve had to reteach themselves along the way ten times over. They quite possibly might have some of the most valuable knowledge when it comes to understanding the world we live in now.

From Leopardi’s viewpoint, he has the experience to offer what its been like being a thespian since he got his first gig at the age of 5. He holds an acting resume so long and diverse you might need to take a brief intermission to catch your breath. Barney, Boy Meets World, Freaks and Geeks, Gilmore Girls, CSI, the list goes on. And who could forget his role as Squints in The Sandlot? The film sticks in people’s minds so much so that, 25 years later, they can replay the movie in their head from start to finish.

Mike will ask Leopardi about The Sandlot, but he will ask him a lot more about what he has learned over the years in the acting industry. You will find Leopardi has a lot of experience dealing with people; thus, their conversation will dive into other realms based on this notion. There’s talk on who’s hot in politics right now, how baseball needs to change, and how the music industry is doing at the moment.

Whether you listen to this episode once or several times over, Leopardi’s wisdom will stick in your mind forever…

“Episode 18: Squints” will release on Wednesday, October 21st. You can listen to us on Apple, Spotify, Youtube, and ynkpodcast.com. Click on the icons below to connect to our social outlets and subscribe. As always, thank you to all our listeners out there. Please feel free to comment to let us know how we are doing.

Follow Leopardi on the IG to keep up with what he’s doing and to see his upcoming appearances.